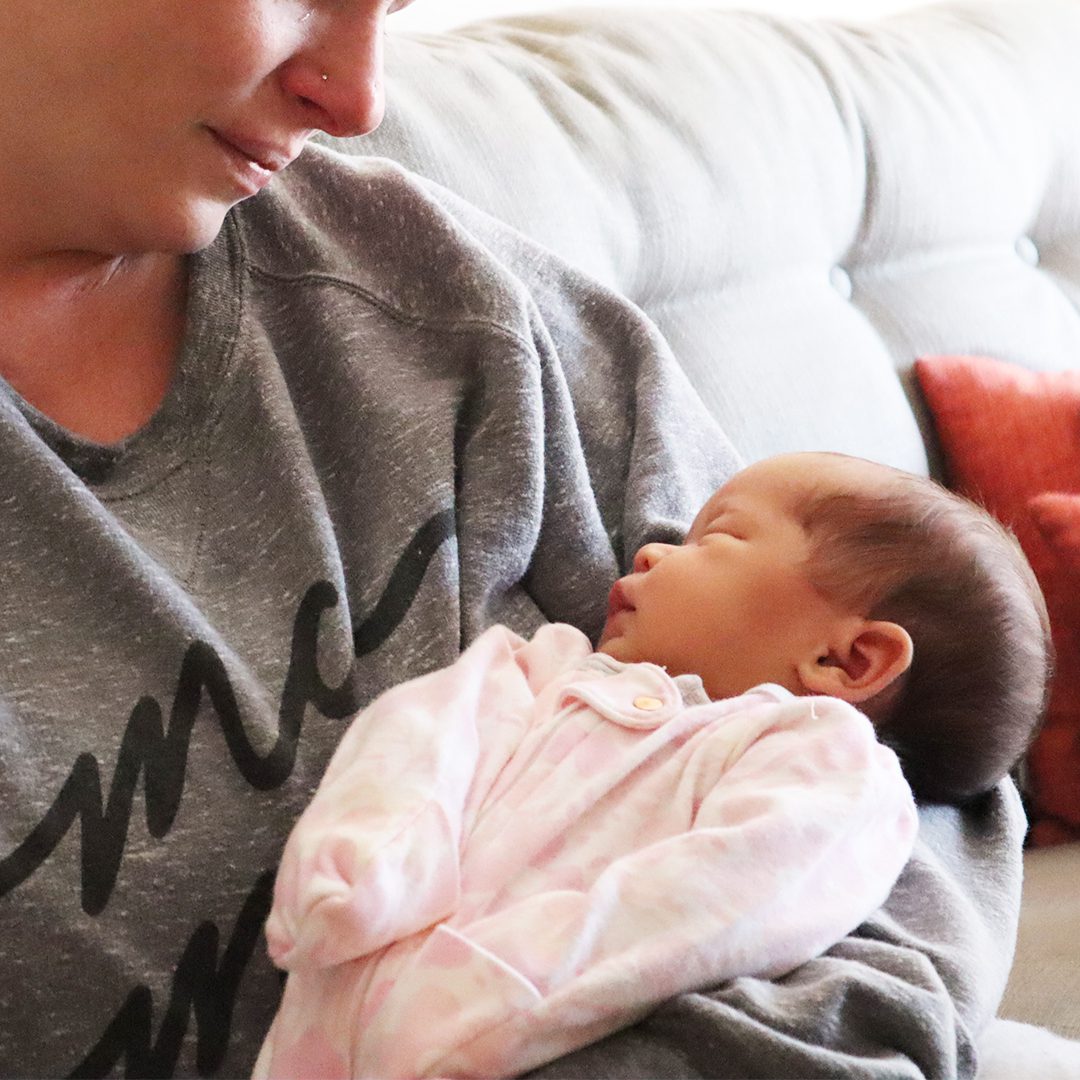 “I was forced to have [my daughter]. I was forced to conceive her, so it wasn’t something that I wanted because I was already a single parent with [two toddlers]. I was barely making it with them. Having a third child I felt was going to be too much because I could barely provide for them. By the end of [the relationship], I had nothing. I was nothing. I had nowhere to go. We were homeless. We had nothing. Literally nothing.

I didn’t even know what to do with her. I really I didn’t, and it hurt because I had to choose between my toddlers and my daughter, and that’s not fair. It wasn’t fair that I was put into that situation. That I had to choose between my kids. I feel like if I would have made any other decision, it would’ve hurt me more than whatever I have to endure to make sure they’re ok.

Honestly, when I met Ms. Shenika, I was in [a domestic violence shelter] with both of the kids—pregnant. She has been one of the best people I probably could have met because when I met her, I didn’t have too much hope left. You know what I’m saying? I needed something to ground me, so that I could keep being the mom I had to be for my kids. And I mean Ms. Leidy… I didn’t have anything for my daughter. I had nothing for her, so if it weren’t for her, she wouldn’t have nothing to be in. Literally. I’m grateful… without Ms. Shenika, I don’t know where I’d be right now. I don’t know where my kids would be. I come from nothing. I come from nowhere. So having them ok is all that matters to me.”

Amarilis fled an abusive relationship while pregnant and chose life for her baby. Although she planned to give her daughter up for adoption, she decided against it. Shenika (Case Manager, Family Stability Program) and Leidy (Director, Culture of Life) were able to help her get into an apartment with all of the essentials for her new baby.