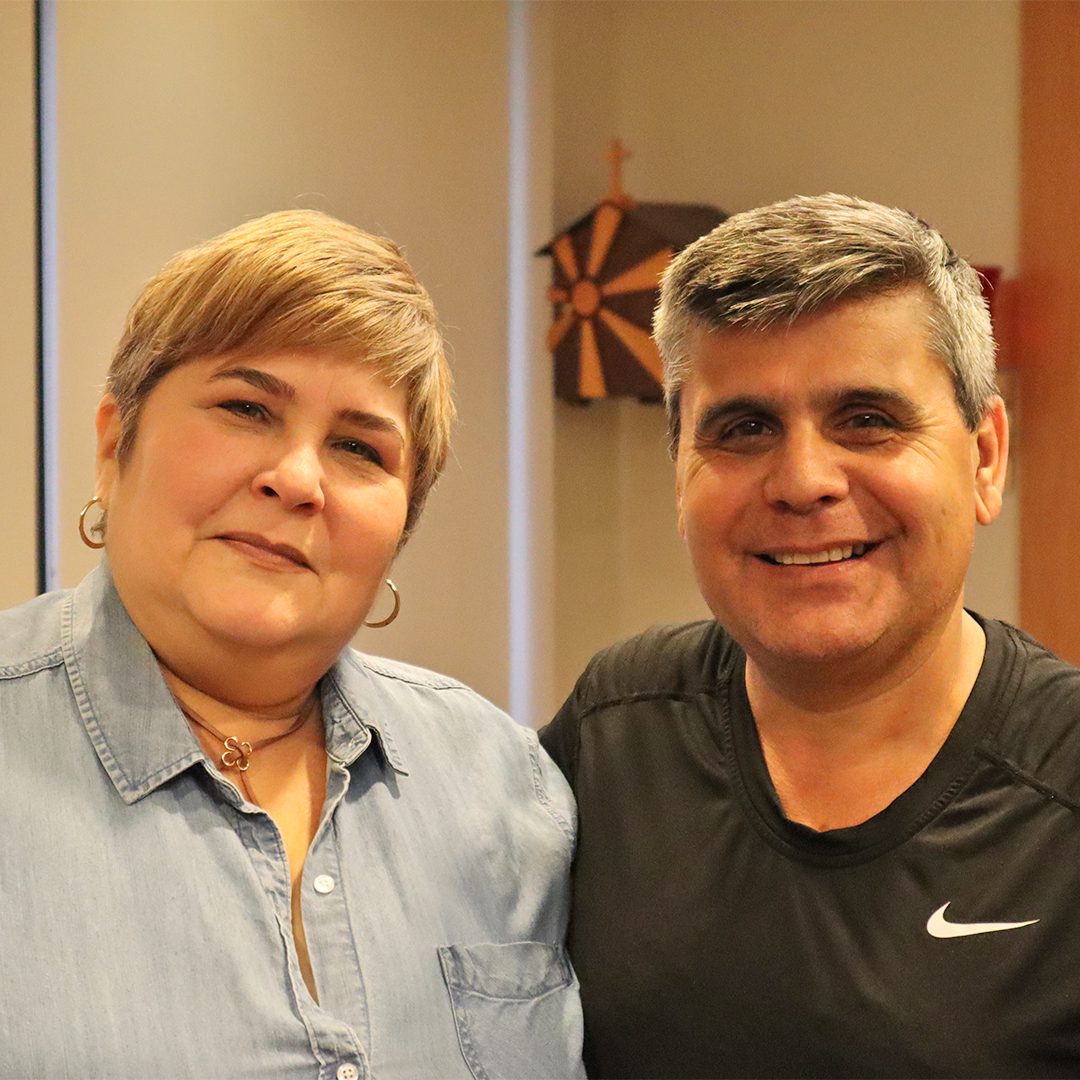 “We came fleeing from a country that was already in ruins. We had had many political setbacks because my husband was a party leader. In 2016 and 2017, trying to get out of a dictatorship, he formed groups of neighbors. We would meet every night to find a way out.

There was an invasion of privacy. There was intimidation even from the authorities. There were tear gas bombs, and Santiago lived through all that, and we all lived through it as a family. It’s a story that I don’t like to go back on. It was pretty tough. Then we decided as a family that we could not take it anymore, and left… left the country with few resources, but we had to do it, especially for the welfare of the family and the children.

Monica and her husband, Salvador, fled Venezuela with their son Santiago in 2018. They were assisted by Monica, Karen, and Maria of the Comprehensive Refugee Services (CRS) ministry.