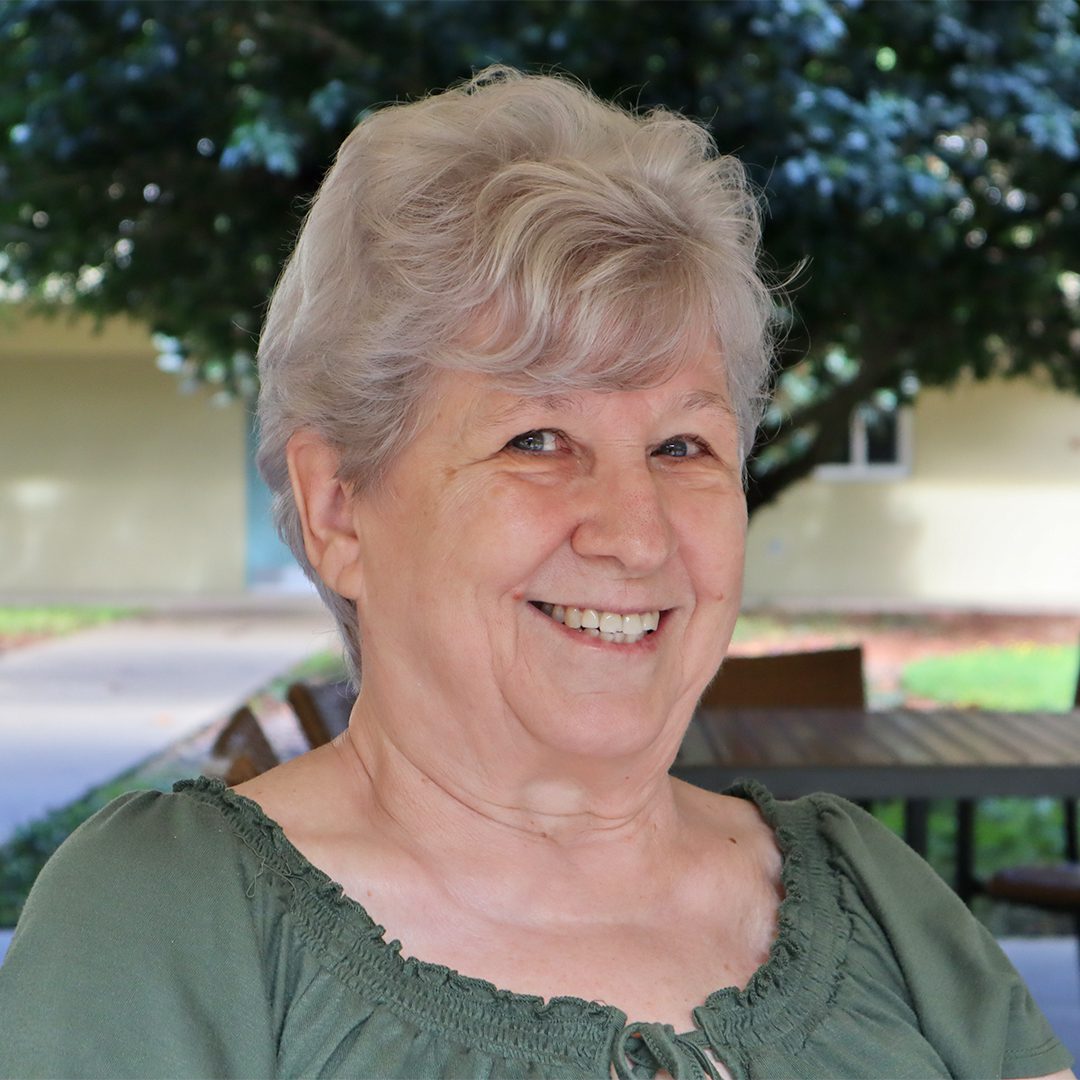 Date Posted: 12.01.2021
Sharon
“My daughters took me to different places, and we liked this one on the outside, and we came in and liked it better than any of the rest of them.
This is mostly a Spanish-speaking area, and I do not speak Spanish, but I’ve learned moving in I connected with several people right off. As I got to know more and more people—even those that speak Spanish only—all you have to do is hug somebody, and you don’t need no language. There is no language barrier there, so that’s how I got to know a lot of them too. They know who you are by coming up and hugging them or saying ‘hello’ in any language. They’re good people. There are really good people here. Even though you can’t hug [with COVID-19] you can look at somebody, and they can give a distant hug.
You’re surrounded a whole lot by a lot of people, the majority of them here I believe are Catholic. I am Baptist. It’s really nice to see such strong faith—no matter what religion. If anyone ever read their bible, it says in there all churches will be united as one. It won’t be just this church or that church. You just have to believe. That’s the only thing that basically gets us through each and every day. You have to have that faith.”
Sharon is a resident at a property managed by Catholic Charities of Central Florida’s Resurrection Housing Services.